On July 20th 1974, Turkish troops entered the Mediterranean island of Cyprus in response to a coup d’état staged by Greek Cypriot nationalists. By August that same year, the Turkish military had secured 40% of the island. To this day, the island remains geographically, politically and ethnically segregated—a reality reinforced by a United Nations buffer zone spanning more than 112 miles.

Beginning in May 2016, three people will walk 400 miles in 60 days—circumnavigating the island of Cyprus—to gather narratives, video footage, and images pertaining to the segregation that has been in effect for over forty years. By weaving together multiple forms of media, our journey—funded in part by a National Geographic Young Explorers Grant—will produce a multifaceted representation of Cypriot identity that will provide a deepened understanding of the cultural and political dynamics of this divided island.

During our journey we will stop and chat with local youths on each side of the barrier. Each person will be given a digital camera for one to two days and asked take photographs or short videos that exemplify their lives as a Cypriot. By encouraging participants to take photos and videos themselves, we will give priority to their own voices and perspectives, rather than speaking on their behalf. 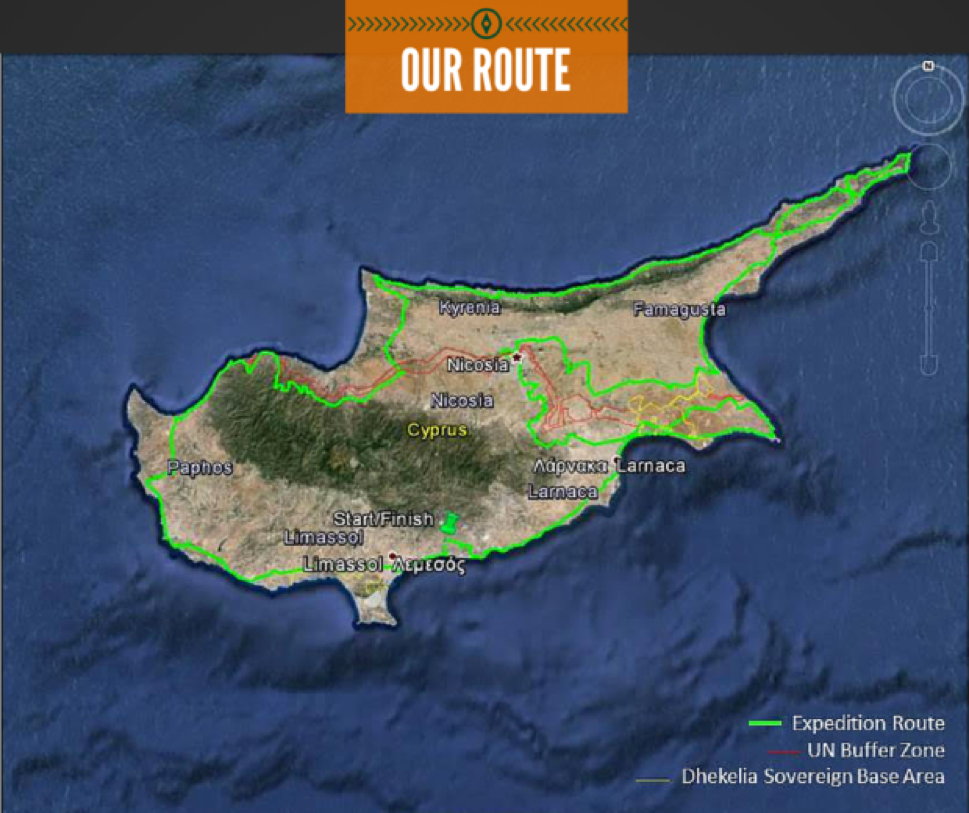 In stark contrast to the political reality of separation, the aim of this expedition is to generate a holistic picture of the country’s landscapes, cultures, and peoples in hopes of facilitating greater understanding and cohesion in the near future. Beyond the potential benefits to present and future Cypriots, our journey will create a deeper understanding of this conflict, unique for its imperturbability and stability, and contribute to dialogues regarding ethnic and religious divisions in different contexts.

We will upload our media to an interactive web-based map as the expedition progresses (official website coming soon!). Visitors to our website will experience Cyprus as we do through images and footage linked to specific spots on the landscape as part of this interactive map. Interact with us during our trek by leaving a comment on our dispatches from the trail.

Many Thanks to Our Supporters!

Anna received a Young Explorers Grant provided by the National Geographic Expeditions Council. This grant has made this expedition possible, but further funds are required to see this project to completion.