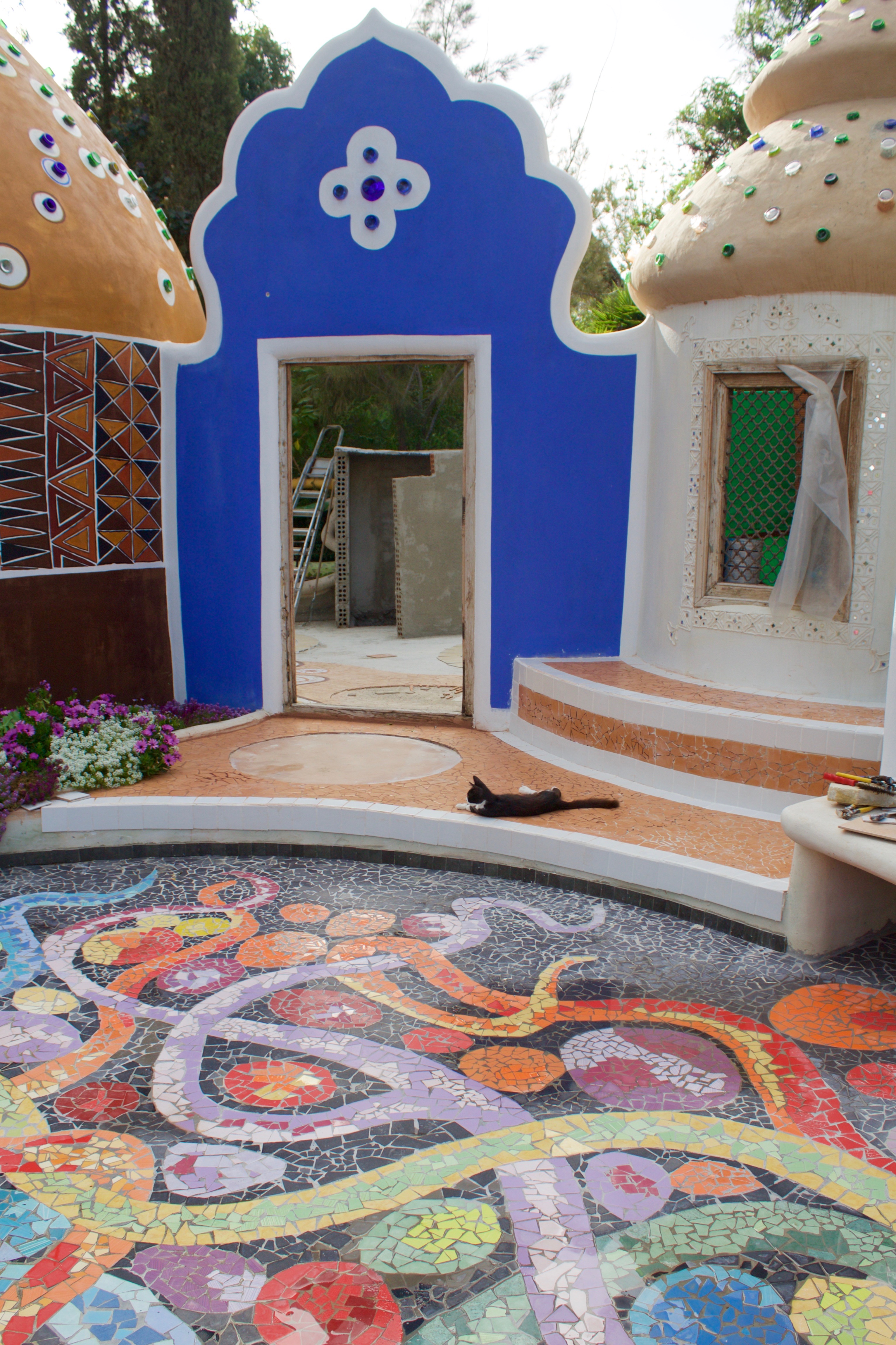 On the first day of the expedition, way back in May, we stumbled upon one of the most spectacular sights in Cyprus. From a distance we saw brightly colored domed roofs, and mosaicked walls. We took a detour to investigate, and met Anthos, a teacher and artist, working on a mosaic floor in his front yard. 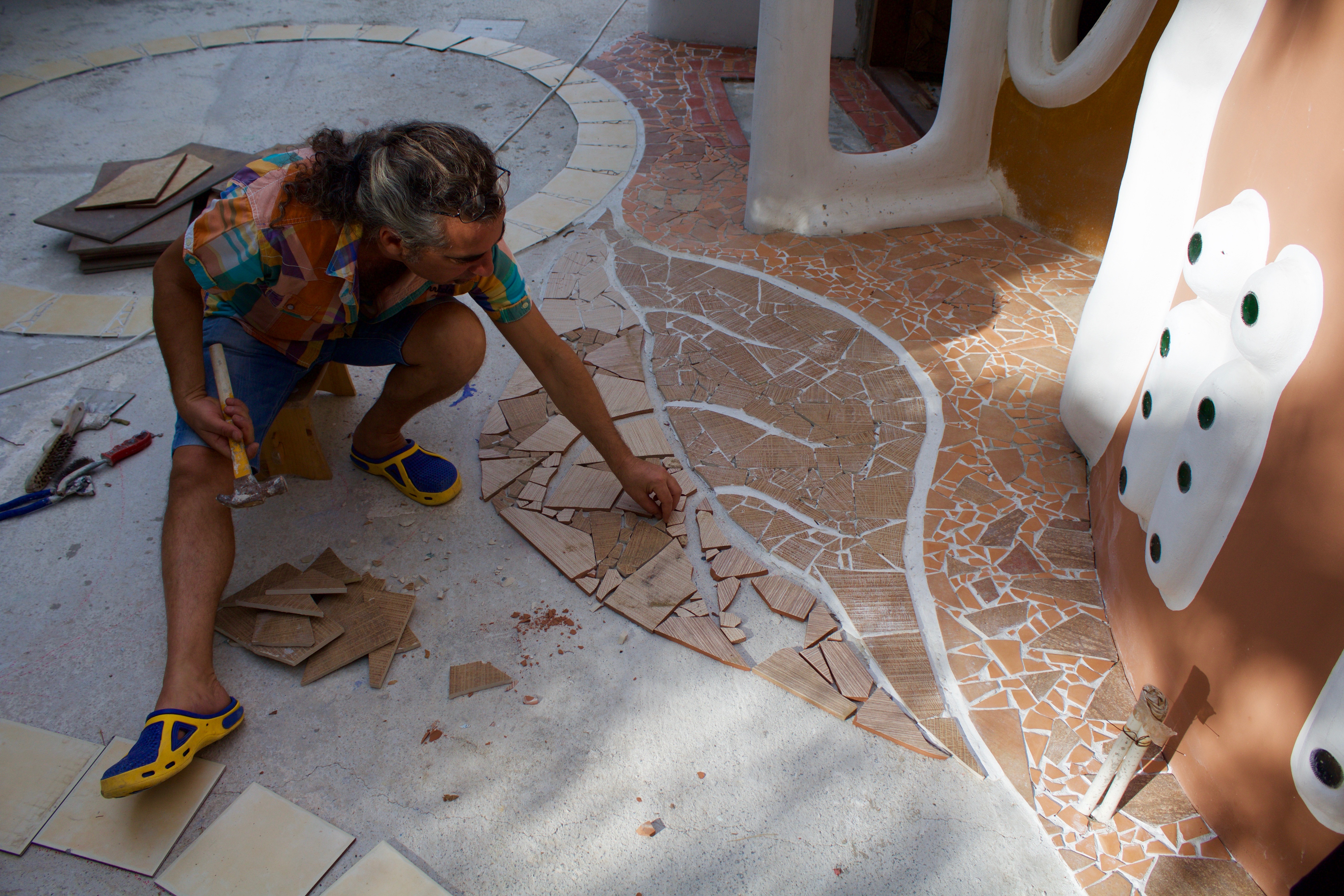 After striking up a conversation, Anthos invited us in to see what he was working on. Walking through his front gate, we saw a series of small dwellings, each covered in mosaic, intricate painted designs, or woodwork, and each inspired by a different place that Anthos has visited — Mexico, Ethiopia, Morocco, and India. This is to be Anthos’ artist residency, a place where artists from all over can come and be given the time and space to work close to nature. 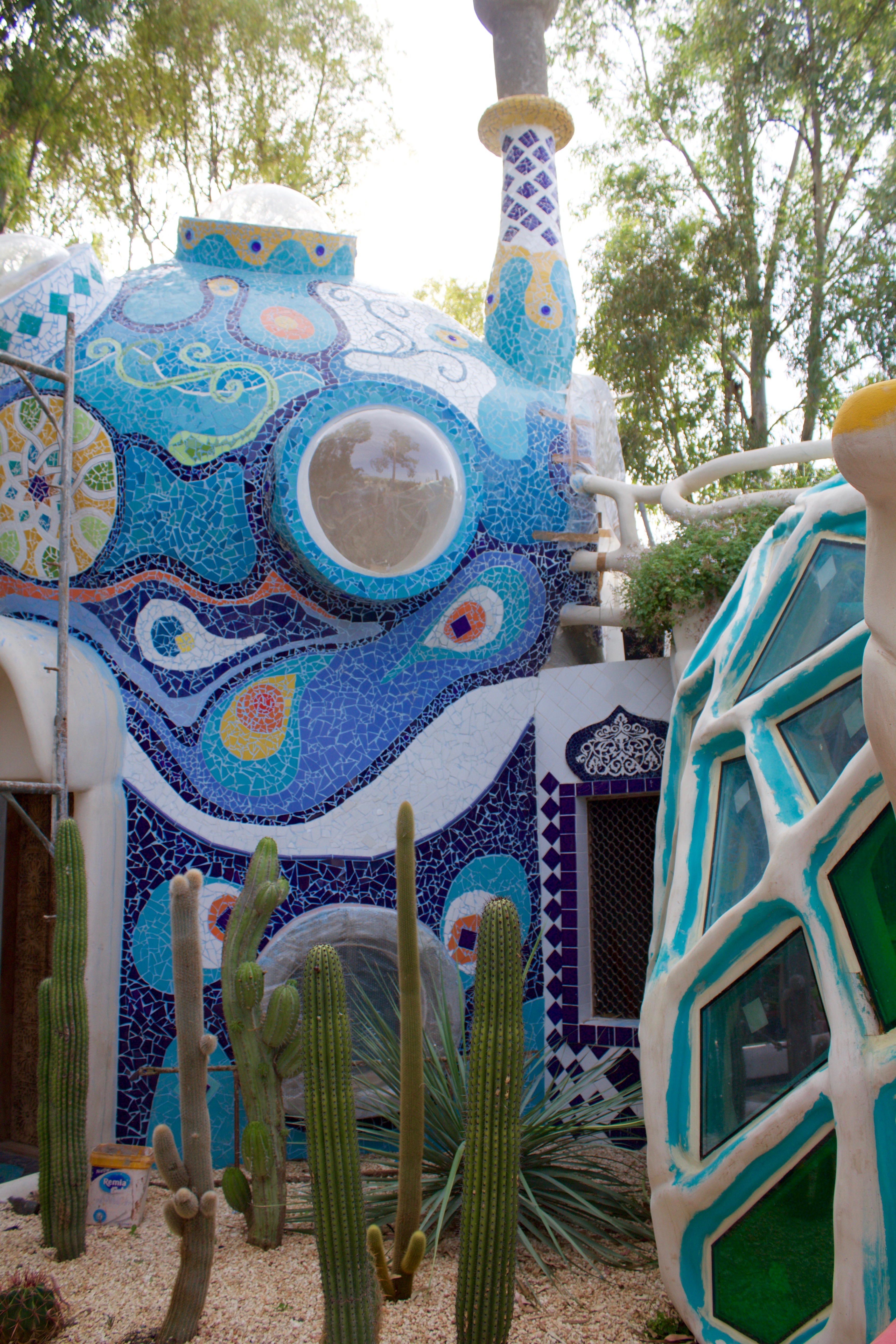 On that day, we did not have much time to stay and chat. So on the last day of our journey we made it a point to revisit Anthos, to learn more about his mission, and talk to him about Cyprus.

When discussing the Cyprus problem, Anthos said he believes the younger generation will be able to come together more successfully than his generation. “Our generation, those who remember 1974, still hurt. The more generations that pass, the easier it will be to unify.” 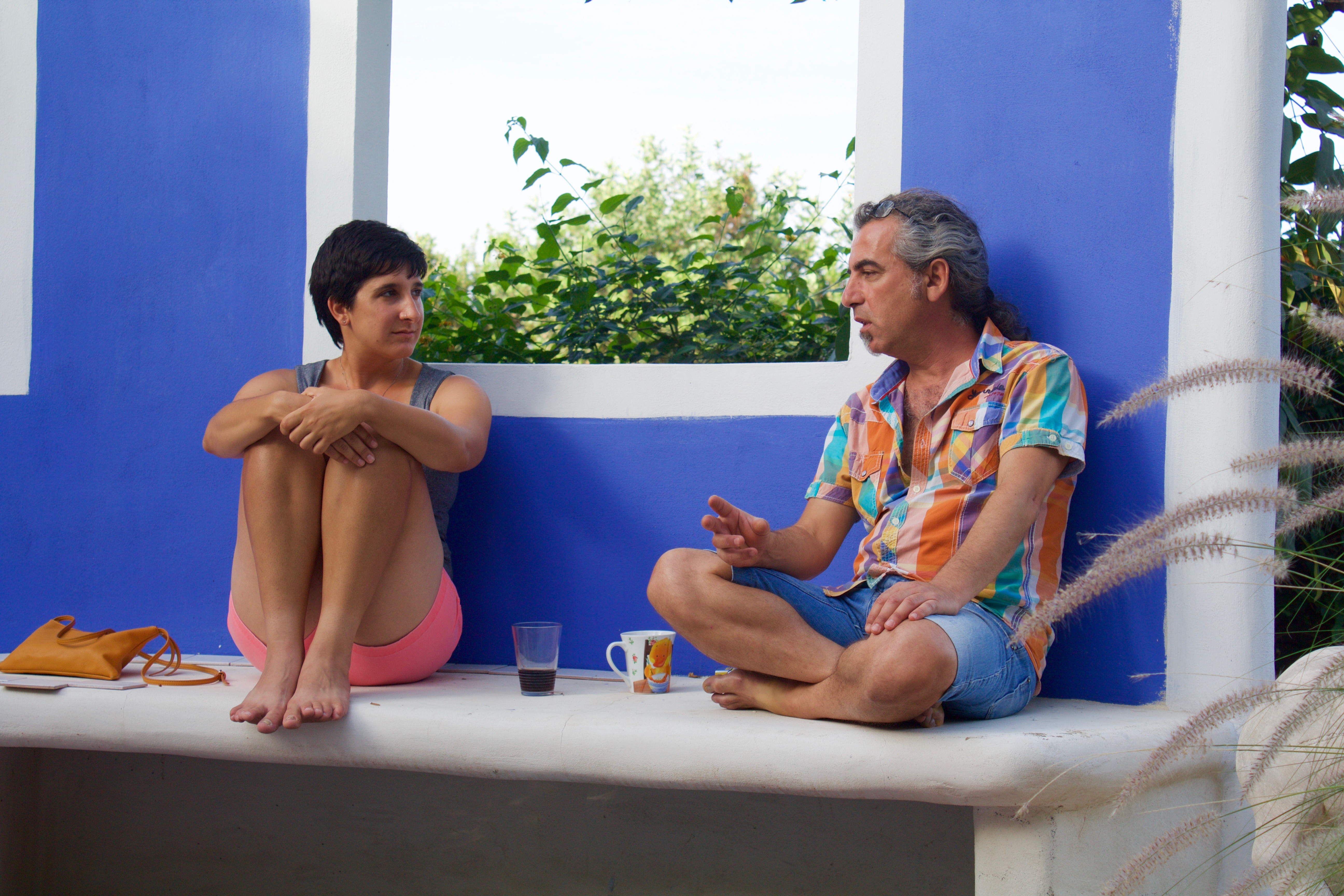 However, one major problem impeding a successful unification is the influence that Turkey is bound to have in whatever referendum is drawn up. “Turkey having such influence is a problem” he said, “but Turkish and Greek Cypriots are the same people.”

Anthos told us his life motto: “Be positive and positive things will happen”. And Anthos is certainly living this motto by creating such a positive space for artists. Eventually, he would like this space to become a nonprofit to help children. And he hopes that his artist residency will encourage Cypriots to be more open to different architectural and artistic forms. 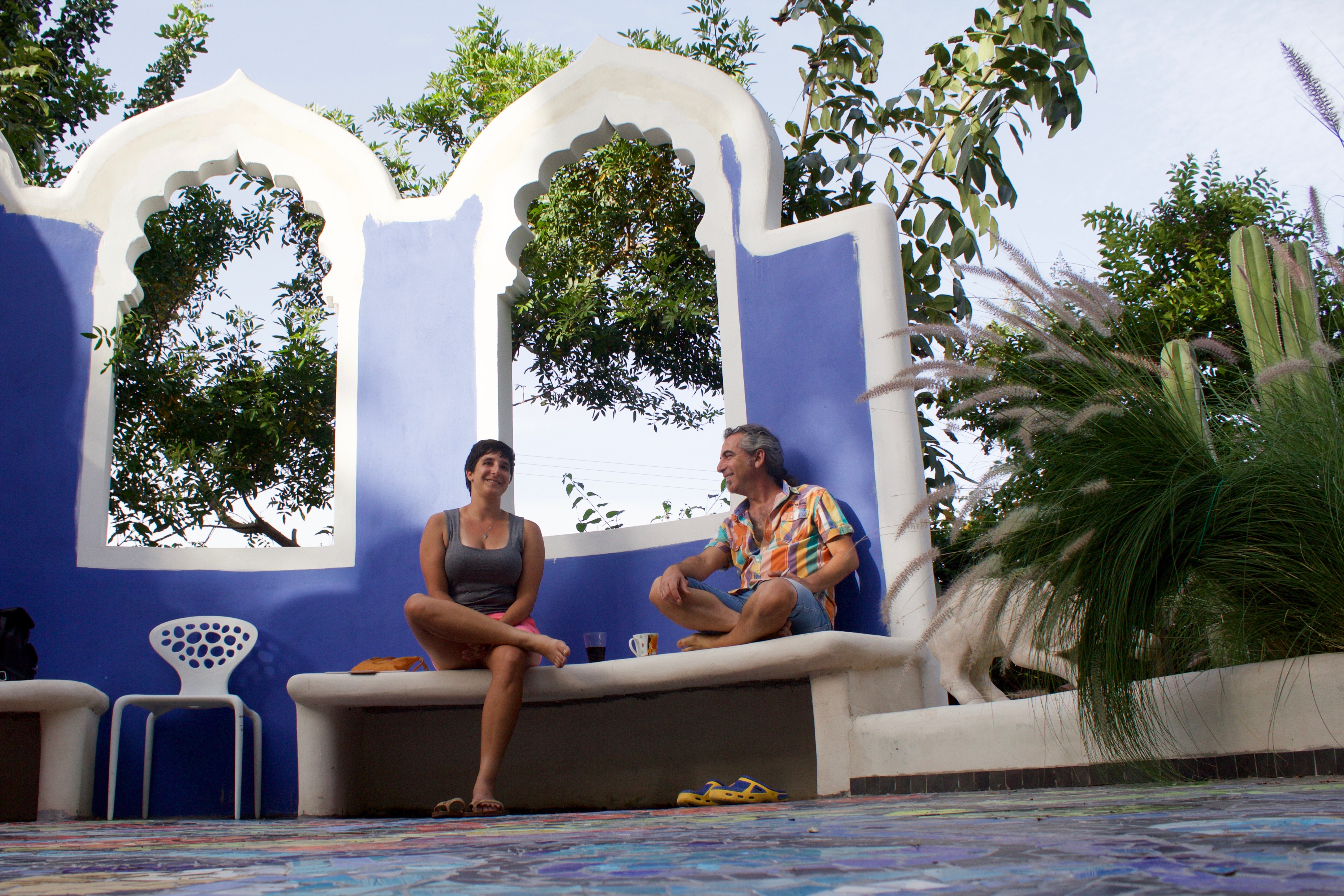