There’s a secret city inside Famagusta. A city the locals don’t talk about and ignore. Famagusta surrounds this city, but forgot about it. The city is called Varosha, and it has been off limits since 1974.

Greek Cypriots in the south told us about Varosha. It was considered the most desirable beach on the island, apparently playing host to about 70% of the tourists before the conflict in 1974. “Elvis, Sinatra, and Marilyn Monroe went there” said a Turkish Cypriot who attended the Eastern Mediteranean University in Famagusta. He was one of the few who would talk about Varosha. “It was the Ibiza of the east.” 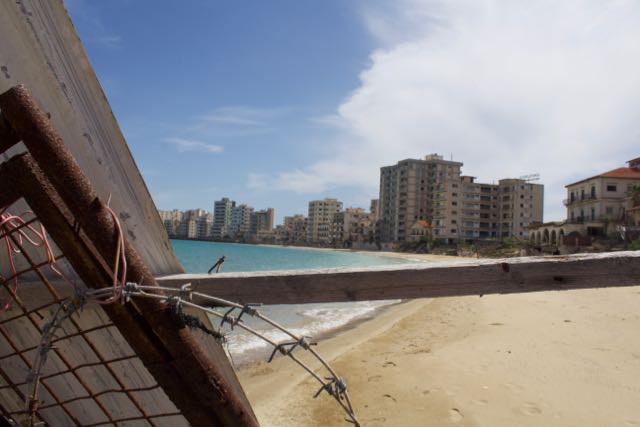 When the invasion occurred in 1974, the Turkish military fenced off the nicest portion of Varosha—several kilometers of beach, resorts, restaurants, villas, all the nicest portion of the city’s thriving tourist district, surrounded with barrels and barbed wire. The inhabits left quickly. Today, the few pictures of the interior show cars parked, and goods left in stores to rot. The city sits in ruins, buildings showing signs of bombs, followed by decades of neglect. 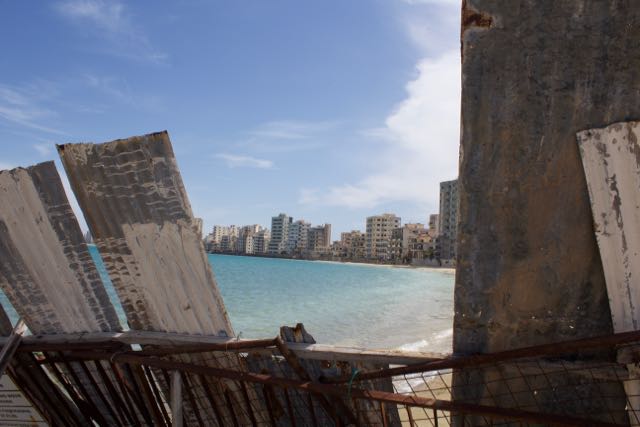 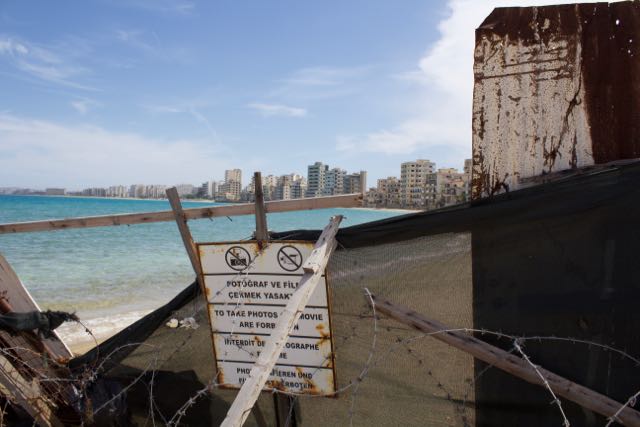 The “forbidden zone” is engulfed by an inhabited Famagusta that flows around it. It dips into the Famagusta at least a kilometer and is surrounded by now decaying barbed wire and barrels. The forbidden zone is so old that the actual barricade itself (barbed wire and barrels) is little more than rust and decay from the 40 years of neglect. Cactus and overgrowth now fill in the barrier, and the threat of being shot deters any who aren’t afraid of the spines. 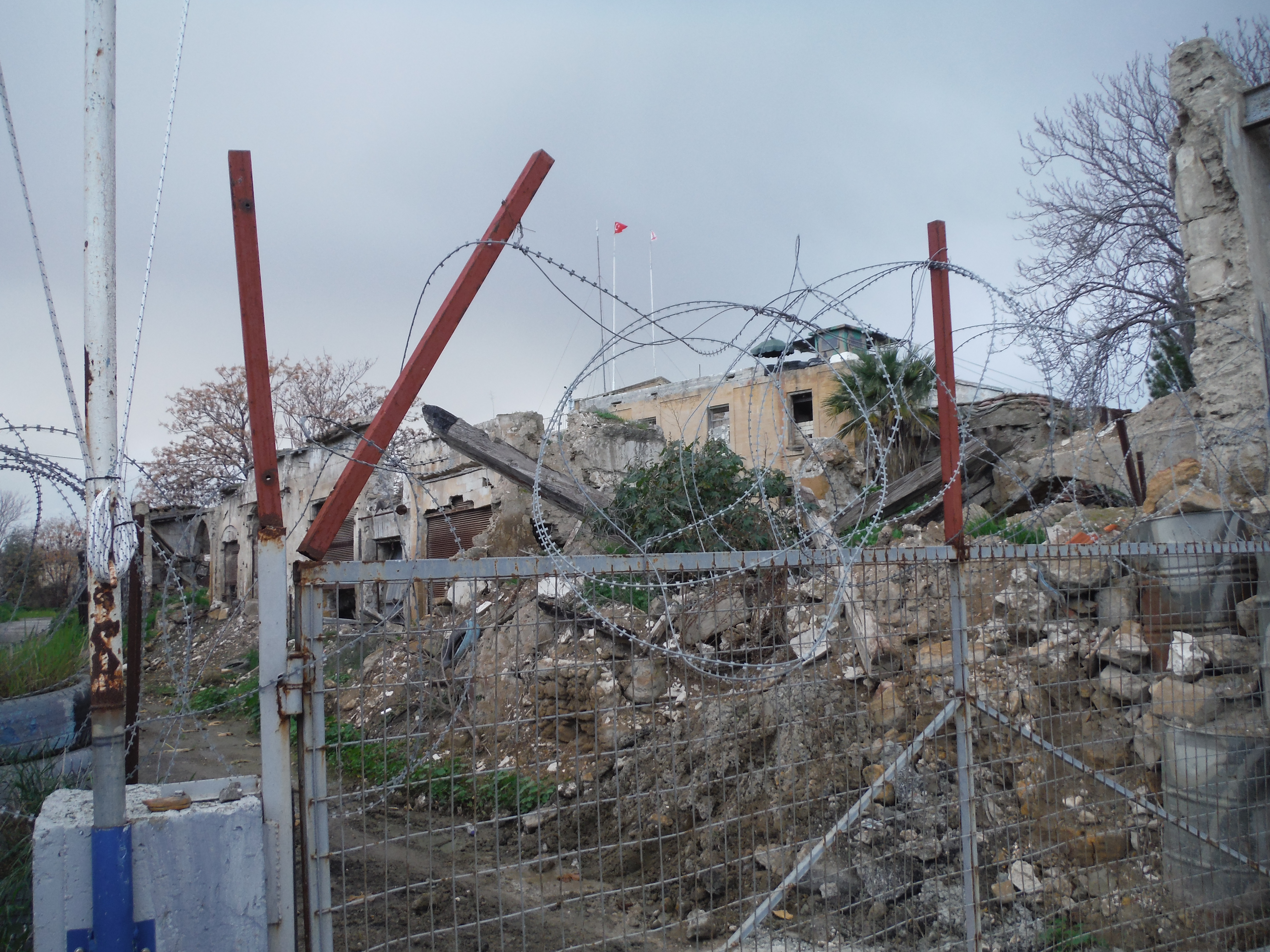 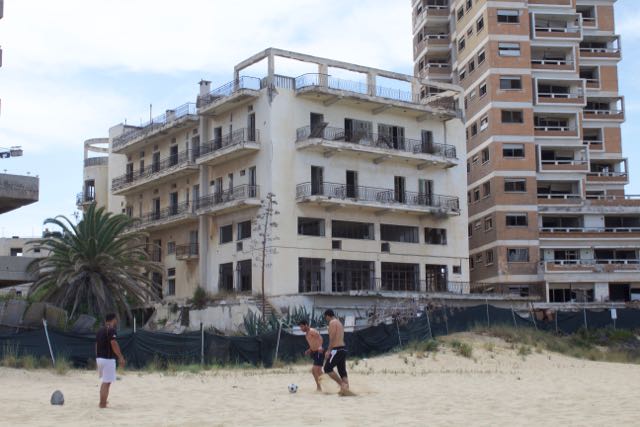 “We don’t feel very good about the city. We don’t think of it.” The area was partitioned as a bargaining chip, with the idea that those expelled would be able to return to their homes when the negotiations had been completed. This idea probably made sense in 1974 when the invasion and occupation started. But more than 40 years on, it’s an absolute waste. The land remains in limbo, in desperate need of repair and re-habitation, but forever lost in an uncertain political status. Varosha today shares the fate of Chrenobyl, only radio-active politics, rather than isotopes, keep the area from being inhabited.